Hi guys and welcome to my place!

It’s thursday, so it’s video game day!!! Today I bring you my 4th favourite game (and the number 1 in RTS) Warcraft 3, as you already know from the title 😀

Now, I think EVERYONE knows Warcraft, unless you are living under a rock, (which makes me want to ask how the F do you have internet and that I want a rock like that too) but Warcraft 3 served as inspiration for the biggest MMORPG ever known, World of Warcraft (Internet is the one that says that, never played WoW because… Ain’t nobody got money for that).

Every Warcraft received their fair of trophies when they came out, but I only played Warcraft 3 (let’s say that I was too young to play the other 2 when they came out and that at this moment the graphics are too rudimentar for me, but probably they are also huge classics). Why then did Warcraft 3 have such an impact on me?

Let’s start with the originality! I think there is no other game which brought fantasy races to a game (specially RTS) so well as Warcraft 3. You have humans, undead, orcs and elves, with the frozen throne expansion pack you get also the naga race. It was the first time I saw these races played as a rts and so well done! Each race is played completely different, the construction is different, the way to get resources is different, units, buildings… Basically each race has their own strengths and weaknesses, but at the end all of them are balanced (at least that’s my feeling, never played as a professional or something like that). More than that, it was the first time I saw a rts with heroes, where the heroes really had skills, inventory and equipment, basically equal to a rpg. So, basically you would be playing a rts with some rpg traits!

Now, the story! The story is fantastic! Every part of the story is told by cut scenes, which for a 2002 RTS was… well, not normal! [SPOILERS AHEAD] You start with prince Arthas fighting with some orcs which were trying to enter the humans territory, then a plague starts. This plague turns people to undead and Arthas goes around the empire trying to find out who is behind it and to find a way to cure the people. He finds the guy, kills him, but wanting revenge he pursues the leader dreadlord behind everything. He starts to lose his sanity along the way and in the ice continent he finds about a rumoured sword that will give him enough power to kill the dreadlord, but it’s said the sword is cursed. He doesn’t care since all he wants is his revenge. He gets the sword, kills the dreadlord, but at this point is completely insane! The end of this campaign (or the beginning of the second campaign is Arthas coming back to his father castle and killing him for succession). After the humans campaign you will play with the undead, the orcs and the elves. and basically you will see the undead gaining power, to the point where the evil is almost taking the world and then the resolution. It seems cliché, but it’s not when you are almost the first one doing it right? [END OF SPOILERS]

The gameplay: First of all, it is really refreshing to play with the different races throughout the campaigns. Each one is completely different and it’s really fun to play with completely different strategies. The heroes are also a great plus for me! It is fun to try to level them up and in this case they really do the difference, besides the heroes are like any rpg, you have the mage, the tank etc which leads you to have different approaches depending with who are you playing. About the construction it is also different depending on the race you are playing, at least the way you build and the way you get resources. About the mechanics, the game is flawless.

The graphics are great for a 2002 game. The visuals are really appealing. It’s really colourful and cute (meaning that the buildings, for example, seem to come from a fantasy  worldand not from the middle ages). It aged really well and it’s a game that even if you play it today you feel the graphics are ok and not a factor that makes you not want to play it. 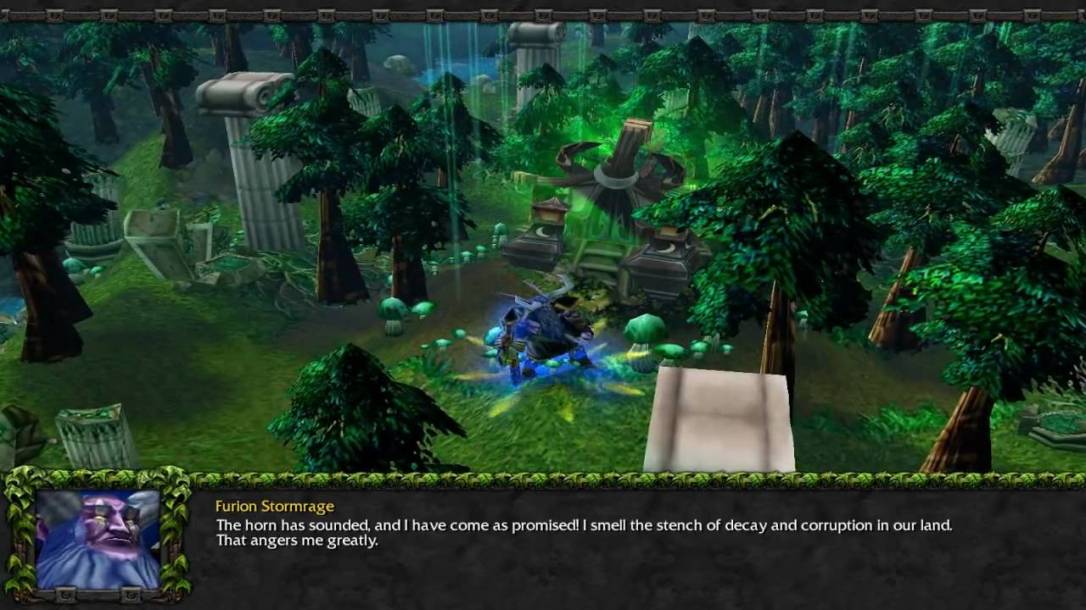 That’s all for today folks! What do you think of this pick? Do you love it as much as I do or is it not really your thing? What is your favourite real time strategy game? Comment down below and let me know your thoughts on it! 😀