Hi guys and welcome to our place! 😀

Today I bring you game that I used to love when I was a kid! Resident Evil 3 was the first installment I played from the Resident Evil franchise and although knowing now it is not the best one I really had fun playing it! 😀

Resident Evil 3: Nemesis is a good example that for a survival horror to be fun it doesn’t need to have a great story. The plot is way too straightforward!

You play as Jill Valentine, a member of the S.T.A.R.S. (Special Tactis And Rescue Service. The game events happen 24 hours prior to the events of Resident Evil 2 in the same place, Racoon City. That’s why you will have Jill going to some places which for the ones who played Resident Evil 2 know well. One that comes into mind right away is te Police Station. 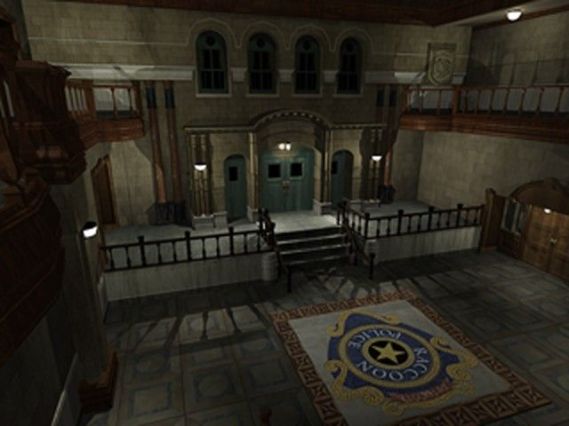 Racoon City population have been transformed into zombies by an outbreak of the T-virus, a new biological weapon created by the Umbrella corporation. The story is, basically, having Jill run from the city alive. However, that is going to be a more difficult than anticipated, yeah even more difficult than having zombies everywhere! Why is that? Well, because she will be pursued by the great villain Nemesis, which let me tell you is HARD to kill! 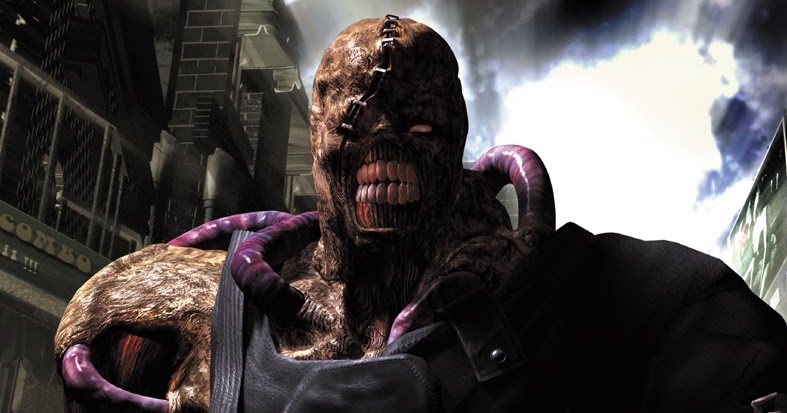 As Silent Hill, your actions will change the outcome of the story and your way to being saved. Something I really loved when playing the game! You can even choose between fighting the villain or not (sometimes of course). However, the different outcomes are not as vast as Silent Hill.

Like Silent Hill, Resident Evil: 3 is a survival horror. However, contrary to its precedents it is more action based. This way you will have to fight through hordes of zombies! And when I say hordes, I really mean to! In the first 5 seconds of the game you are already killing a ton of zombies!

The player has a range of firearms to use, from pistols to rocket launcher. Depending which difficulty you choose you also start with different weapons. If you go easy you will get a machine gun, while if you go in hard you only receive a small colt 1998 (If I’m not mistaken). Moreover, you will also have different things in the environment that you can explode to hurt the zombies surround it, such as tanks of gasoline (?) I think it’s gasoline.

The thing I love most about the Resident Evil franchise is the combining things to get better items and this feature is also in Resident Evil 3. For example if you mixture 2 green herbs you will get a dust that will heal you way more than eating 2 green herbs… Things like that 🙂

At the end of the game you will have a mini-game called “The Mercenaries: Operation Mad Jackal” where you can pick one of the characters that appear on the game and do the reverse path you did in the main game within a time limit.

Regarding controls, it’s pretty normal for survival horrors at the time. It’s a little hard to get the grip of it. Especially when it comes to moving and dodging. However, it only takes a little bit of practice! Ok, maybe more than a bit…

This game is not scary… Period! I played this as a child and only got scared twice. Of course depending on the difficult you play the stress level will be different. But that is only because of being a survival horror and therefore really hard. When it comes to the game itself I didn’t feel scared… At all!

In my opinion, since the game got more action based, increased the amount of zombies to kill, the scary factor ended up lacking. The two moments I did get a jump scare was on a small hallway where you have zombies locked in the beginning where you start but then when you get at the middle of it the zombies are able to break loose. The other one is in the police station. This will only happen if you decide to run when facing Nemesis at the entrance of it. Well, it takes a part where when you are passing through a window (that you already had passed sometimes by now) the guy will jump on you without expecting! Yeah, that was scary… At least for my 12/13 year old self.

I would say that the puzzles of Resident Evil 3 are medium.

I was able to pass the game completely without ever getting stuck. However, there is a puzzle that seems to be a headache to all gamers which is the Dead Factory water sample puzzle. To be honest, I was able to do it pretty quickly, but I think I got lucky ahah I think that everyone who played this game remembers this puzzle though 😀

Well, the music is nice. But, not a horror kind of nice. I’ve been hearing the OST while writing this and it has a more of a mysterious flavor to it than horror. It’s good, but not that scary! There was even one music or two that I thought it would go well with a RPG 🙂

Regarding the environment surrounding you. Well, the city is in trembles, of course. I mean, there is a zombie outbreak around you! Everything is destroyed and everything is on fire. However, I don’t really felt that scared. Probably because of the flames you end up having a lot of light most of the times and we all know that what makes us the most scared is darkness xD

In conclusion, the ambience is good, but not that scary. It works well for the game though, but again, seems more an action game than a horror one.

I give Resident Evil 3: Nemesis

I really had fun with Resident Evil 3 and Jill is definitely my girl! Moreover, for that time the game has pretty good graphics, good gameplay and good music. However, the game lacks the scary part!

So yeah, if you want some fun, play a game where you kill a ton of zombies and do some puzzles, this is the game for you and I highly recommend it! I’ve replayed this some months ago and I can tell you that the game is still playable. Yeah, the controls are completely outdated, but you get used to it!

What do you think of Resident Evil 3: Nemesis? Normally it’s the least favorite of the 3 that came out for Playstation. Do you also share that thought? Comment down below! 😀