What I want for us to discuss and think about is what are the main pillars which make a game fun. They can be casual or not. They can be a RPG, FPS, simulator, anything you want. There are some basic foundations that need to be in all of them to make the game fun and enjoyable.

Remember, gaming has been here for a long time and in the beginning we didn’t have the complex videogames we had back then. However, those games ended up being famous and really fun! I mean, who never played Pacman or Tetris? The games are simple, but we end up enjoying them nevertheless.

For me there are 3 pillars that a game has to have to make a game enjoyable:

Did you ever played a game where you start the game and they explain so many features in such a short time that you don’t even understand half of it? And let’s not forget those games who just think that having a tutorial is not needed at all.

Afterwords, before you notice, you are already playing a difficult part and dying over and over AND OVER agai just because you don’t really understand what you are supposed to do in the first place?

Games, to be fun, must be easy to play, hard to master. To get this you must have a good learning curve. The game should make you learn more features in a steady pace so it gives your brain the time to assimilate what has just learnt and ready to learn a new feature.

This, of course, has to be hand in hand with a good difficulty increase curve. Meaning that the game should be challenging all the time, but not too much. This is not easy to do, but having a game that always test your boundaries is a lot of fun (without going to the point of making you to rip our hair out, of course!).

I know that there are games that are just plaint difficult because that’s how they market themselves and they are targeting true hardcore games. However, this not the point of this post 😛

So, if you ever wondered why League of Legends is so popular, or Candy Crush for that matter, that’s because the game is really easy to play, but it’s hard to master. If you feel you are improving, getting better and being able to complete more difficult challenges all the time the game ends up being pretty fun and enjoyable.

For me, personally, I always go with the highest difficulty in almost games. However, that’s a choice and not a basic foundation. Nevertheless, it always bugs me a little when games end up being really difficult in the beginning but way too easy at the end of it.

Let’s face it! A game, to be fun, can’t have major bugs! In the past, developers knew that putting a buggy game in the market would just kill it. Nowadays however, developers have an easier time with this because of Internet. I mean, who doesn’t know a game that had a tremendous amount of patches and updates to correct bugs after its release?

It makes me mad to play games from big developers which, for the first month, are buggy as hell! I mean, half of my Final Fantasy XV gameplay was done with incorrect size because my TV didn’t had the “right” resolution. It took them at least one moth to create an update to correct that. Sims 4 also came out with a lot of bugs, Dragon Age: Inquisition… Don’t make me get started on that one again.

However, it’s true that nowadays developers will correct the bugs and make the game more enjoyable throughout the time! But, think about Tetris for example. What would have happened if the moment you did your tenth line, Tetris would just have a bug that would bring you to the main menu? The game would never had the amount of popularity that it got.

In conclusion, I can play a game with messy commands. True that it will take more time for me to adjust to it and be able to play the game. But, my brain will be able to, sooner or later, catch the grip of it. The same cannot be said by bugs.

Let’s be honest, most of the games will feature repetitive gameplay. In RPGs you will have to level up and do a lot of fighting. In casual games like Tetris you are basically doing the same thing over and over again.

We all know what our brains think of repetitive actions. They just lose interest after a while! However, the thing that really makes our brain to be able to continue enjoying it and be focused is the music.

Who does not know the epic music from Tetris? In fact, I would be able to listen that music in loop for hours. Being able to do that and play the game is just even better. In fact, music for me is the most important part of a game. It can be the thing that will make the game fun and enjoyable or a pain in the butt and just a clear NO to me.

How was I able to give 100+ hours of my life to Final Fantasy 12? Music! I mean, if the music was not good do you really think that I would have the patience to be grinning for hours non-stop?

This way, good music/OST has to be there for those more repetitive moments in gaming. It’s what makes the game to continue to be enjoyable. I mean, even if the game is not fun, at least I’m enjoying some nice music, right? 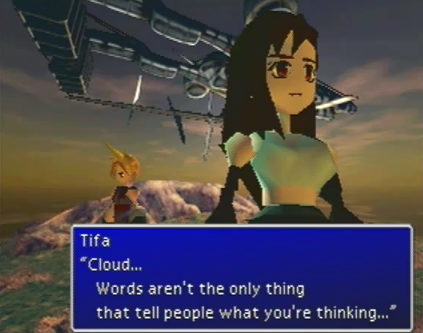 Those are the 3 most important things to have in a game to make it fun in general. At least, in my opinion.

Of course there are other factors that I take into account. I’m mostly a RPG player so I give a lot of weight to characterization, world building and storyline. However, that’s not the most important thing when we look to the bigger picture!

And you, what are the major features a games just HAS to have to be fun to play? Not in a genre specific, (I may come back to that later in another post), but in general 🙂 Comment down below!

40 thoughts on “What Makes a Video Game Fun?”