Hello everyone and welcome to my place!

Did you really think that a game just skyrocketed to the top 10 of my favorite games from all time and I would just write a review about it and that’s it? Of course not!

Yesterday you were able to see that I loved everything about Automata. However, since it’s a review I didn’t want to enter much in spoilers ground. So, I decided to go and write another post, this time about the 5 things that completely blew my mind while playing Nier: Automata. There will be some spoilers down there, so I advise you to take that into account. However, they will not be plot related, because that’s the most important thing to no have spoilers, right?. Let’s go then:

Let’s start easy, shall we? This may seem to be a small thing for you. But, after thinking about a little more, I just loved the attention on the detail of this one. First, listen to the music:

Not the best music, right? XD Let me give you some background so you can understand what is happening when you hear this music. Emil will eventually be around the world map with his shop. However, the way he moves his by truck. What it seems to you the music now? Someone who is driving and trying to sing along to the music on the radio although he doesn0t know the music xD

I know I do this a lot of times, so it completely blew me away. Basically, they seated in a meeting room and decided that they would make a song to Emil’s shop and came up with this idea of having an Emil trying to sing a music although he doesn’t know the song. The mindblown comes from how much detail was thought to create this piece. 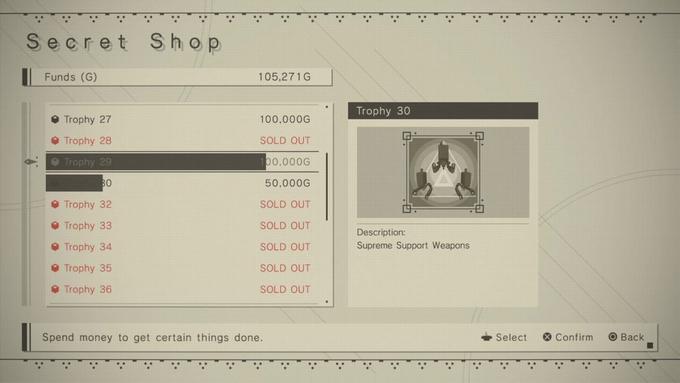 I think this is the only game who let you do this. After you finished the game. I can’t remember at the moment if its ending C, D or E. But, in one of those you will get a message that a NPC that you already know in the beginning who gives you some tutorial tips, has open a shop. If you go there afterwards and talk to her you will have the option to open her shop. What does she sell? PS4 trophies!

Yeap! That’s it, those trophies that you need to work hard to get? Well, in Nier: Automata you can just buy them (they are expensive though, but nothing too much for someone who has finished the game). I remember when I started playing Automata thinking it was strange that so many people had got all the trophies, now I know why xD

I still didn’t use and probably will only use in one of the trophies which are missable (and I missed it) which would make me play the game all over again. However, it’s a completely out of the box thing to add.

This is for the PS4 system though. I don’t know if it’s the same for PC and XBox One.

As I told you yesterday, you play with 3 different characters in this game. However, it is always under the perspective of only one of them. But, close to the end of the game you finally have an event where you will come back and forward between 9S and A2.

They will be fighting equal bosses but in completely different ways. 9S will fight the boss through airship, while A2 will be fighting her own boss in close range. You, well, you will be fighting both bosses of course. The action in Nier is pretty much full speed, so it was a delight how they were able to create such a fluid transfer between A2 and 9S boss. In fact, it almost seems you are not changing character at all.

Even though I was trying not to die (Playing hard mode over here) I just couldn’t be more blown away. It was the first time I saw this kind of mechanic and it’s so flawless that you just feel right! 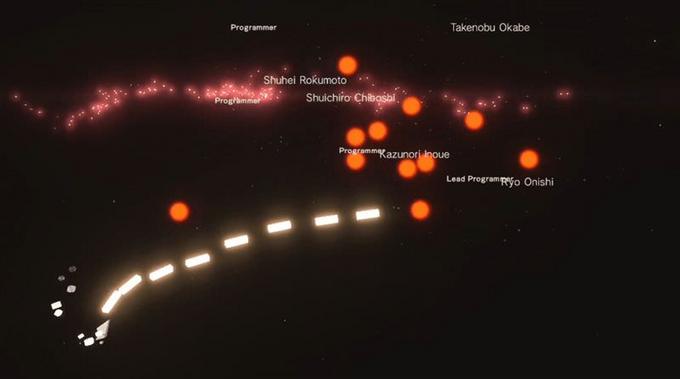 This is what blew my mind the most. When you finish Ending D, you go to the credits and there’s a conversation that will start. Depending on your choices you can change how the events happened and, in the end, achieve Ending E.

What happens next made my jaw literally fall. Never, in million years, I would think in doing something like this. The credits go back, and then they start coming again from the beginning. However, this time you are playing an airship kind of game. Your objective is to destroy everyone’s’ names and departments from the credits and survive until the end.

However, it’s not easy, at all. This way, after dying sometimes (you will die sometimes, you can be sure of that) the game will ask you if you want to connect to the network. If you say yes, every time you die will appear messages from other players showing you support. You know the “You Can Do It” vibe from Animes? Yeah, that’s what it feels like. 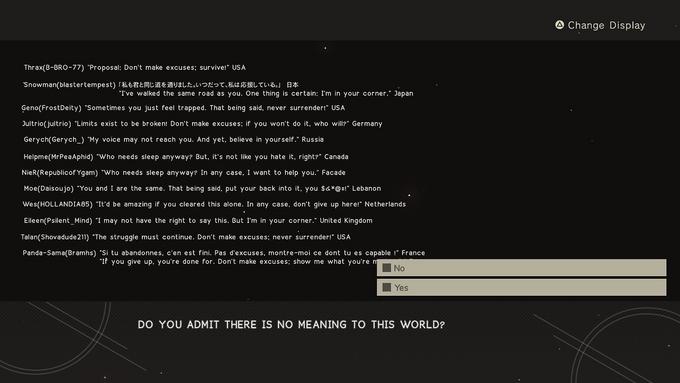 Die many times and the game you will ask you if you want help. Say yes, and more 5 airships appear to make a shield behind you. These ships are also from other players. Yeah, basically other players are actually helping you to achieve Ending E. This is the first time I experienced something like this and I loved it!

How can you help other people? You may ask. Well, when you achieve ending E, you will be able to write your own message. HOWEVER, to be one of the ships to help other players to achieve Ending E the game will say to be able to do that it will erase your save file, and yes, it will actually erase your file! So, now you know what the other people had to sacrifice to help you to achieve the true ending of Nier: Automata. However, I know this was something that was already used in a similar way in Nier.

To be honest, After I complete everything, I will finish the credits again and erase the file just so my ship will be able to achieve that end. God knows how appreciated I was for the people who helped me.

For me, a masterpiece, more than being great in all of its aspects, it also has to blow my mind in some sort of way. Nier: Automata was able to surprise not in one, but in many ways. What about you, what is the most mind-blowing thing Nier: Automata had to offer you?

Buy Nier: Automata from My Affiliate Links and Support Me :3 – 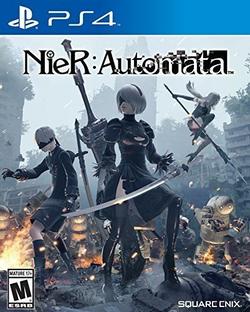 2 thoughts on “The 4 Things That Completely Blew My Mind on Nier: Automata”