For the first time ever, I’ll be following seasonal anime!! So, I figured it would be nice to write a post telling you which Anime shows I’ll be watching/following. There is a bunch of them, so I’ll try to make this the most direct I can. I mean, I don’t want to make you feel bored! XD I won’t be doing episodical Reviews. However, I will, of course, do some first, mid, late impressions and full review xD

Just a side note before starting, Goblin Slayer and Dakaretai Otoko 1-i ni Odosarete Imasu. are 2 Anime shows that I’ll be watching that you already know! XD Just go to my collab with Karandi in my side for Goblin Slayer and Karandi’s Side for Dakaichi 🙂 Now, let’s go to the list! 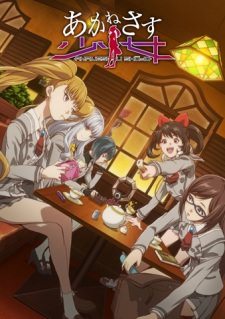 Akanesasu Shoujo | The Girl in Twilight

I’ve already watched one episode of this and it seemed to be interesting… Not the most interesting ever, but interesting xD Basically this Anime is about a group of girls (which each one of them is a cliche for the type of female character ever existed) who end up entering in a new world which seems to be a parallel world to their own. There they find a girl which is completely equal to the main character and we soon get to know that she is the same person from the other parallel world. The premise seems to be nice, so we’ll see. 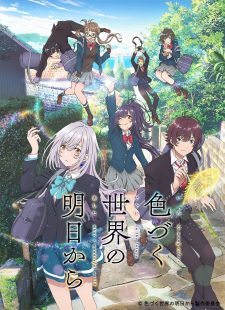 Irozuku Sekai no Ashita kara | IRODUKU : The World in Colors

Another Anime that seems promising. I’m still not sure what the story is going to be about, but the background animation and music are enough for me to watch this until the end.

In Irozuku we are present in a fantasy world where a girl who lost her sense of color at an early age is sent by her grandma to the past, 2018, without any apparent reason. Right away she finds out she can see color from a specific guy’s drawings. 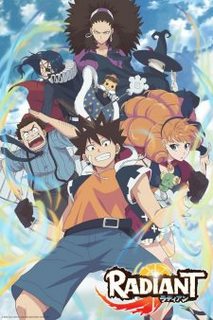 I’ve already watched one episode and it felt a little bit like Fairy Tail finds Naruto. So, to be honest, I’m not sure if it’s going to be one that I will love…

Radiant is also passed in a fantasy world where the humanity is being attacked by the Nemesis. However, people who are able to survive contact with a Nemesis end up getting power and becoming a sorcerer. However, sorcerers are not seen in a good light by the general population. Here, the main character is Seth, a kid who wants to eradicate all Nemesis in the world. 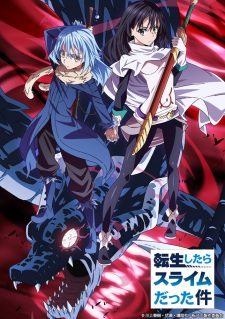 And yet another fantasy Anime. This one seems to be more dungeon crawling type of thing and I’m still not sure if I will actually like it.

Satoru Mikami is a lonely 37-year-old virgin guy which ends up dying because of a robbery while saving a girl. He ends up reincarnated in this new fantasy/game-ish world… As a slime! Guys, it seems that the 30-year-old virgin you become a mage is true… Although you need to die first and reincarnate as a slime 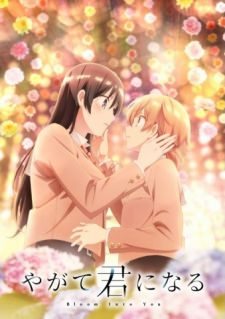 This one I’m doing episodical reviews at PTAnime, the Portuguese website where I write for. Until now, I’m loving it a lot! It’s just a great, relaxing thing to watch.

Yuu is a girl who thinks that she is incapable of falling in love. Right afterward she enters in high school she finds a senpai – Touko who seems to suffer from the same thing which makes Yuu happier and relieved. However, everything changes when Touko confesses her love… Right in the first episode xD 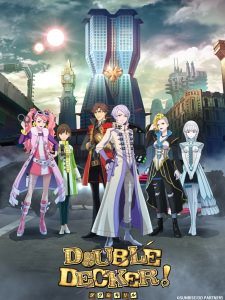 I still haven’t watched any episode of this one.

From what I’ve read in MAL it seems to be a kind of show where you have a utopian city which, when looking deeper, has a lot of darkness and horror things happening underground.

Although the characters having a more cute look, it does seem that it will be something under the lines of Psycho Pass, No. 6, and so on. 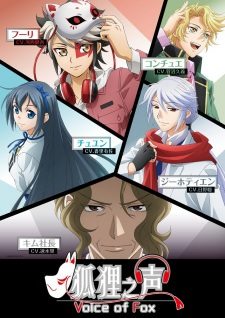 Also, still no episodes watched and don’t ask me why I want to watch this because I don’t really know… The guys seem cute, though xD

Voice of Fox is about a guy of a ghost singer who has neither good looks nor the financial means to be a popular singer. On the other hand, we have Kong Que who is good looking but sings as good like me, which means horrible! I think it’s going to be funny and interesting to watch how they will develop this relationship! 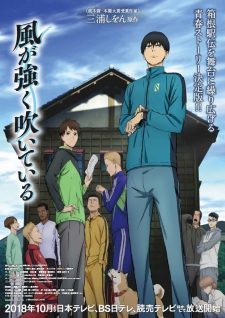 I’m gonna be honest. After Free! I’m way more open to Anime featuring sports and this way I decided to give this one a try. I don’t know if it’s gonna be good or not, but we’ll see 🙂

From what I could read, I think the premise of having the main character to steal food to eat at the beginning of the show may do a good story. It makes me feel that it will be more than just some guys trying to compete in a huge marathon. 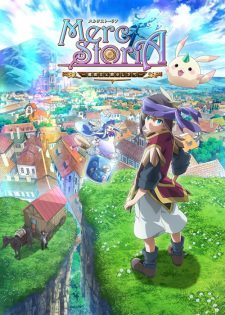 Merc Storia: Mukiryoku no Shounen to Bin no Naka no Shoujo

And, yet another fantasy Anime. This one is set inside a Strategy RPG type of a world. To be honest, the story seems to be something we may have already watched before. However, from the pic in the right, the animation picks my interest 😛

The story is around a boy who is going to go around the world trying to help his friend, a girl in a bottle, to recover her memories. 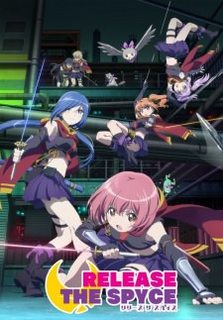 To be honest, this was one of those shows that didn’t seem to be something I would be watching. However, since I’ve seen so many people talk about it, I decided to give it a try.

The story is about a girl which seems to be your typical high school girl. However, she is part of some type of secret society which objective is to bring peace to the town and fight evil. 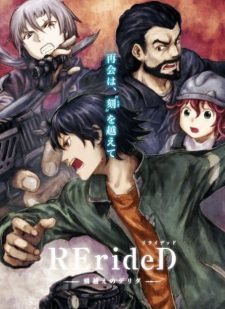 The story seems to be about something regarding a faraway future where things didn’t go well and the world is devastated… It doesn’t seem nothing new, so I’m curious to see if they are able to give it a nice twist to it 😀 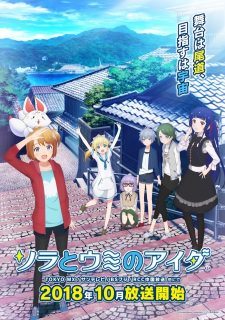 Sora to Umi no Aida | Between the Sky and Sea

Another Anime which seems to be in a not so friendly faraway future. Here, the fish were completely wiped out and disappeared completely from the seas over the world, being whales the only survivors.

These 6 girls enroll into some kind of experience which involves fish tanks in space as space fisherwomen. To be honest, I don’t really know what this is going to be about. Nevertheless, I liked the vibe of the image on the right and decided to give it a try xD 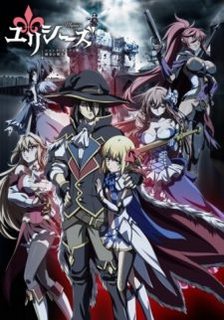 I don’t really know much more than that lol However, from the title it seems to be around the real story about Jean d’Arc, I mean, in an Anime kind of way xD This way, I’m curious to see how this is going to develop. 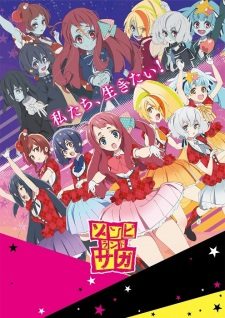 An idol group which ends up turning into zombies? What the hell is this show about? Also… I really need to watch it now!

I don’t really know what to expect from this one. I’ll be guessing this will be more of a parody/comedy type of Anime. To be honest, there are only a few Anime shows who are capable of making me actually laugh so we will see! The premise seems interesting and it has a lot of potential to be a good comedy… 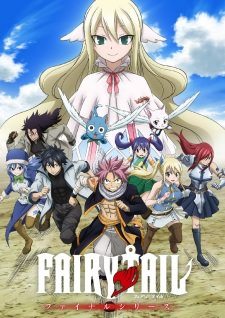 To be honest, this one is more for me than for the blog. My boyfriend and I watched the last season together, and of course, we have to watch the last season of Fairy Tail!

However, I don’t think I’ll actually write about it here in the blog. It’s just one of those Anime shows that are so big that makes it difficult to actually review it. But, well, we will never know… After watching the first episode I wasn’t really that impressed… Which is not good. But, well, we’ll see how this one goes 😛

And these are the ones I will try to follow!!! They are a lot, but well… Go big or go home, right? XD To be honest, I don’t know how I will find to watch so many episodes… But since each one will release one episode a week I think I’ll be ok… Sort of.

What about you? Which Anime are you going to follow this Fall Season? Which ones are you more interested and hyper for and which ones are a complete no? Tell me all in the comments!