It’s been ages since I’ve done a gaming post, I know, and I’m sorry. But, it has become more and more difficult to play video games which means, it’s getting ever more difficult to finish games on time so I can review it!

Nevertheless, there are always some games that I can talk about, the old ones that I’ve played ages ago! ahah And that’s what is happening today. Now, this basically is in the same lights of “Should I Play X in 2018” but the name nostalgic Fridays came to my mind and felt way too good to not change it! 😀 So, everything is equal, except for the name xD

Today I bring you a puzzle kind of game that I loved in my childhood, I bring you:

Super Puzzle Fighter II Turbo is a puzzle arcade game which was launched in 1996. It has been also released for a variety of consoles such as PlayStation, Dreamcast, Sega Saturn, Gameboy Advance, PSP, and mobile phone.

Later it was launched an improved version called Super Puzzle Fighter II Turbo HD version for Xbox360 and PS3. Nowadays you can get in right in Xbox Live Arcade, and PlayStation Network.

The game features characters from a game I love, Street Fighter 2 and Darkstalkers in a chibi format. So, just for that, I knew I was in for a treat back in the day.

– Not A Long Game, But Fun To Play With a Friend –

Nowadays, the game is very similar to many other puzzle games. You have like a Tetris kind of setting where your objective is to combine gems of the same color to create huge blocks. Then, you will need to use “special” gems which destroy all of the same gems that are touching each other. When you do this your opponent will get gems on his side. 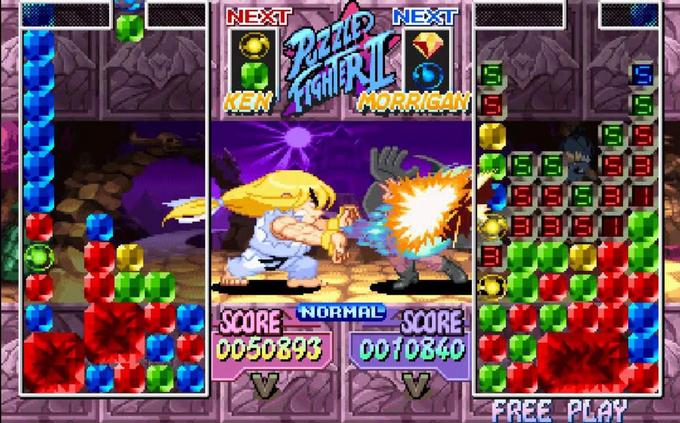 This kind of setting makes it all more pleasant and fun to play. Especially if you are a Street Fighter/Darkstalkers fan.

The game is not that big. If you do the campaign you probably will end the game in about 1 hour. Of course, you can then try to finish the game with all the different characters. However, contrary to a fighter game, even if you play with different characters the game ends up being the same.

It does have some hidden characters: Akuma and Dan from Street Fighter + Anita and the version Bat of Morrigan from Darkstalkers. However, these are gotten by doing certain things in the game, not really passing the game itself.

But, worry not, because Super Puzzle Fighter II Turbo has player vs. player and there is where the game really brings the fun to the maximum.

If you play this on a console you can go and change the difficulty, which means that the game can be hard, or easy… It really depends on what you are looking for.

Even for today standards, I think Super Puzzle Fighter II Turbo is one of my favourite puzzle games to play with another person. When it comes to puzzle, arcade-ish games it really does not matter that much the graphics or the plot. You are there for the fun and that’s what it’s expected the game to give you. They call it casual games for something, right?

Have you ever played Super Puzzle Fighter II Turbo? Did you like it? Tell me all in the comments! 😀

– Support Me Through My Affiliate Links :3 – 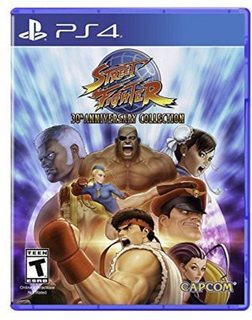